Globally, the impact of COVID-19 and the corresponding economic downturn have exacerbated the issue of human trafficking.

The United Nations Office on Drugs and Crime (UNODC) notes that increases in unemployment (especially for low wage workers) are making a large number of people who were already vulnerable to trafficking even more so. In addition, school closures have increased the risk of trafficking due to limiting access to some students’ main source of shelter and nourishment. The UNODC urges governments to monitor their COVID-19 responses to ensure that vulnerable populations are not being unintentionally harmed by their responses to the crisis.  The UNODC  has also asked law enforcement officials to remain vigilant with the changing world landscape. 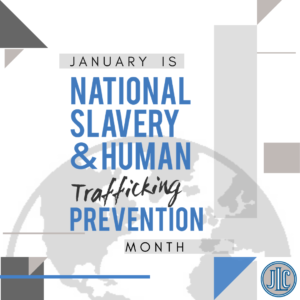 Human Trafficking in the United States

Currently in the United States, COVID-19 relief legislation has left this demographic behind. Survivors who had been able to find support and resources in shelters are also becoming homeless, as many of these shelters that used to house trafficking survivors are shutting down as a result of lack of financial support due to COVID-19. Information collected from the U.S. National Human Trafficking Hotline shows that homelessness or unstable housing is a key risk factor in youth becoming trafficked. In 2019 alone (most recent data available) the hotline was able to work on 11,500 respective cases of human trafficking and help over 22,000 individual survivors.

The Trafficking Victims Protection Act was passed in 2000, laying the groundwork for the federal response to human tracking in the United States. Since then, Congress has expanded upon this foundation with multi-agency cooperation. This law was reauthorized in January 2019, receiving strong bipartisan support and $250 million towards future efforts.

There are also other opportunities to advocate for the prevention of Human Trafficking and better supports for survivors:

What else can you do to advocate for the prevention of human trafficking and increased supports for survivors?

(1) Research the current nationwide laws and initiatives for human trafficking.

(2) Create awareness in your community by sharing and promoting information on new human trafficking bills and policies, such as those listed above.

(3) Contact your elected officials to express your support behind anti-human trafficking legislation.

(4) Volunteer your time and skills to organizations, like Freedom Network USA, that advocate for human trafficking victim’s rights and services.

For more resources on taking action to combat human trafficking:

During National Slavery and Human Trafficking Prevention Month in January, it’s essential that during these unprecedented times we continue to educate ourselves and remain aware that even though the world may be shifting and certain ways of life may be coming to an end, heinous crimes such as human trafficking will not. Learn more about the JLC’s work in human trafficking prevention here.