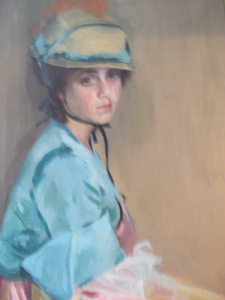 The Junior League of Chicago was founded in 1912 by Lucy McCormick Blair Linn. The initial focus was to interest young women in the industrial and social issues of the city, research ways to effectively address those issues and to bring about positive change and to set an example for others about the importance of civic welfare. The objectives of the founding members have remained constant throughout the years which includes developing projects in response to the ever-changing needs of the community.

Throughout our history we have created major projects that are leading edge and leave a legacy to the city of Chicago. Some examples include the following:

Centennial Days of Service and the KaBOOM! Playground Build

During the Junior League of Chicago’s Centennial year, nearly 30 Centennial Days of Service projects were organized with past, present and future community partner agencies. In addition, the capstone Centennial community project was a partnership with the nonprofit organization, KaBOOM!, to build a playground with our new community partner, the Chicago Preschool Academy in Chicago’s Chatham neighborhood.

The JLC is working with the Chicagoland community to promote initiatives and education on the topic of health, wellness and nutrition for women and children.

Kids in the Kitchen

In 2006, the JLC in conjunction with the Association of Junior Leagues International (AJLI) launched a local program to empower youth to make healthy lifestyle choices and help reverse the growth of childhood obesity and its associated health issues.

This annual, one-day culinary experience at Macy’s Culinary Studio engages kids in the preparation of healthy meals and educates them and their parents on nutrition and healthy choices. The session also includes physical activity and group discussion.

The Next Step for Teen Moms project, a partnership with the University of Chicago Department of Pediatrics, aims to help first-time teen mothers commit to higher education and the development of their career goals before having another child.

Crime and substance abuse prevention has been a focus of several JLC projects over the years. The introduction of the First Victim Witness Assistance program served as a prototype for court improvements across the country.

Junior Museum at the Art Institute

The Junior League of Chicago founded the Junior Museum and Volunteer Guide Program at the Art Institute giving guided tours with special emphasis for children.

This was a bold undertaking. But in our efforts to provide for the troubled youth of Chicago, we partnered with the Woods Foundation and Children’s Memorial Hospital.

Epilepsy had been virtually ignored until JLC recognized that our assistance was needed. In conjunction with the University of Illinois, we contributed $53,000 to fund the first clinic for epilepsy.

First Children’s Theater in the Country

JLC’s commitment to the theater as learning and teaching medium has been a common thread of our projects through the years.

Since its founding in 1901 by social activist Mary Harriman, The Junior League has evolved into one of the oldest, largest, and most effective women’s volunteer organizations in the world, encompassing more than 140,000 women in 291 Leagues in four countries. Read more about our parent organization here.

Be a Part of Our History

By contributing to the Annual Fund, you are supporting our history and impacting our future.

The Junior League of Chicago is a 501(c)(3) nonprofit organization.